“One Nation under God, indivisible, with liberty and justice for all”

There’s more on our minds this Fourth of July than fireworks and cookouts. While areas around our great County may light up the night skies in remembrance of the signing of the Declaration of Independence, we must also acknowledge that we are living in complicated times that require deeply thought-out solutions.

Whereas we may have come from diverse backgrounds, via different pathways, purporting different occupations, and speak different languages, we must be united by belief in a simple truth: that we are all created equal, that we are all endowed by our Creator with certain inalienable rights, and that among these rights are life, liberty, and the pursuit of happiness.

It must be noted that our Government is unique in that it is a Government of the people. It MUST represent their will. Its officers may sometimes go astray, but that is not a reason for abandoning the principles of our Government. The heart of Government rests with the heart of the people. It is from that source that we must look for all genuine reform. We must work together to improve public safety in the County; to move our education system towards concentrating on science, technology engineering, arts and math, to prepare our student for the jobs of the future; and work diligently to bring jobs back to Montgomery County.

As we are coming up on the primary elections, I am reminded of the historical lessons of Thomas Jefferson and John Adams. The pair became estranged after a bitterly fought presidential election, ultimately won by Jefferson, and the founding fathers ceased to talk. But after years, they set their differences aside, and began writing letters to each other about things other than politics.

We must come together.

I believe that together we can make the future of Montgomery County our best years, but we must rise above cynicism, doubt, and identity politics to perfect this County we love so much.

Since 1776, the Declaration of Independence has shaken the globe. We must acknowledge the work that started in the 1700’s continues to this day. We all know that Government cannot solve all of our problems and that all citizens are keenly responsible for the success of this County. Let us continue to move forward together to make positive change in the County.

Have a happy, safe and blessed Independence Day!!!

Some Thoughts On Gun Control

Some thoughts on Gun Control

14 Republican Senators recently voted for gun control legislation. While on the surface this is the betrayal grassroots Republicans have learned to expect from establishment politicians, if the legislation is being accurately portrayed by the media a more nuanced response is called for.  Perhaps this is a good time to look at the premise for gun control.

What does the constitution say about gun control?  A well regulated Militia, being necessary to the security of a free State, the right of the people to keep and bear Arms, shall not be infringed.  What is the militia?  Every able bodied man in the US.  In fact the states were supposed to arm and train them.  The US is supposed to be like Switzerland where many homes have an automatic weapon.  Any gun control legislation in the US is flat-out unconstitutional.

The traditional response to a mass shooting is an “assault weapon” (rifle) ban.  What do people use rifles for?   Something more than 100,000,000 varmints are killed each year in America.  I know – I helped kill them.  A varmint is a nuisance animal smaller than a deer (although technically deer could be classified as varmints).  Given that 7.5 million deer are killed each year, 6 million by gun and 1.5 million by car, the number of varmints killed annually could be higher than the population of the US, since there is no legal restriction on varmint hunting.  Less than 1 out of every one million rifle rounds fired for hunting purposes is used on the wrong prey (people).  American civilians burn through about 9 billion rounds of ammunition each year (almost 30 rounds per American).

As a side note it is much cheaper to kill deer with a rifle than to kill them with a car, and much safer.  Only city dwellers and suburbanites exclusively kill deer with cars. People in rural areas have more brains than that, they use rifles.

Another side note:  Anti-gunners like to quote the number 45,222  for annual gun deaths in the US.  The CDC says that in 2020 there were 24,292 suicides, 19,384 murders, 535 “unintentional”, 611 law enforcement involved, and 400 “undetermined circumstances” gun deaths.  Given that there were only 21500 murders in 2020, and 34% of murders (FBI UCR) are committed with non-gun weapons this blurb from the CDC is highly suspect.  Further a number of these deaths were officially recorded as dying of COVID.

The largest share of gun deaths are suicides.  Only 52.83% of suicides, a little more than half,  in 2020 were committed with firearms. If the Anti-gunners think they will stop suicides by banning guns they are sadly mistaken.  Greenland achieves 6 times our suicide rate with far fewer guns.  8% of their population dies by suicide. South Korea exceeds our suicide rate relatively gun free.  And Japan had a higher gun-free suicide rate, but they are improving. And the progressive driven cultural disruption is responsible for many of the suicides, which have risen steadily in the US since 2000.

They missed on an assault weapons ban this year, but did decide to raise the age to buy a rifle, mandate storage requirements for gun owners and increase bump stock regulations.  There is a argument to be made that the new regulations don’t infringe on the right to keep and bear arms (unlike an “assault weapons” ban) but it is a weak argument.  Biden’s attempts to tax or limit ammunition are a more direct threat to 2nd amendment rights.

Let’s see how effective these measures would be in Uvalde.  Raising the age limit would have delayed it for three years assuming the shooter had no friends and couldn’t borrow weapons. Storage requirements and bump stock regulations would have no effect. The legislation wouldn’t fix the unlocked door the shooter used to enter the school.  The legislation wouldn’t fix the 75 minutes that law enforcement dithered while children were shot.  The shooter could have killed more than 19 people in 75 minutes with a single semi-automatic handgun or a katana.

So what do we do about mass shootings?  What if there was a way to stop 20-30% of mass shooting deaths overnight with a single piece of legislation?  A solution used by other countries to combat mass shooting? This solution exists.

Given that the current press is dishonest and hopelessly biased “freedom of the press” does more harm than good.  The press is no longer a “guardian of democracy” but one of the forces working to undermine it.  They are allied with the bureaucracy and support them rather than oppose them.  So it is impossible to understand why Republicans haven't proposed a press blackout to stop 20-30% of the carnage.

We need some solid research on why mass shootings have increased in the last 30 years.  What is causing this?  Is it the dissolution of the family?  Is it SSRIs (Selective serotonin reuptake inhibitors)? Is it corruption of the culture by godless communists aka secular progressives aka “Wokies”?  Is it modern progressive (“Woke”) psychology?  Is it “Gun free zones” and failures by law enforcement?  Is it all of these?

Uvalde, where 21 people died instead of 3 or less, occurred despite the lessons learned from the  Parkland shooting (17 dead).  This would indicate there are some low hanging fruit on the law enforcement side of the equation.  And we could just ban the “gun free zones” where these tragedies inevitably occur.

As far as the progressive side of things, if it would cut the number of mass shooting deaths by even 10%,  it is worth banning Wokeness (radical progressivism).

SSRIs have been tentatively linked to mass shootings.  There is no excuse that the health records of mass shooters have not been thoroughly mined to establish whether their mental health treatment is linked to their actions.

There has been a knee jerk reaction to ban guns in response to these incidents instead of exploring other ways to violate the constitution that would be far more effective.  A press ban and a progressive “woke” ban (a ban on corrosive philosophy that is destroying America), would be far more effective than a gun ban.  And the research to find out whether there is a link between shooters' drug history or progressive psychology, and mass shootings, should start immediately.

We need to ask why establishment Republicans side with the enemy instead of proposing innovative legislation.  Legislation that would aggressively target the root causes of mass shootings (the press, mental health care, cultural disruption, etc.)  Legislation with beneficial side effects that would improve society.

On the far-left coast and in the most-woke city of San Francisco the Red Wave is visible. You can see it from Nancy Pelosi’s well stocked freezer. First, this Spring in the nearly all-Democrat City they voted out 3 of the WOKE school board members (members who had debated taking Abe Lincoln’s name off schools and making sure not too many Asian Americans could get into particular schools based on merit – instead of debating when to open doors to all students).

But they weren’t done, last week they overwhelmingly voted out WOKE left District Attorney Chesa Boudin, who they felt was more protective of the criminals than the victims. Boudin, the son of convicted murderers, was voted out by the Democratic super majority. Seems the homelessness, filth, lack of public safety, rampant theft, open drug use and lack of civility was too much even for the Center of the Progressive movement.

I know what you’re thinking, aren’t we “San Francisco on the Potomac”? How about us? Well, go to the grocery store and talk to folks about the price of food. Go to the gas station and put gas in the truck. Ask how the truck driver delivering your food and goods can afford to put gas in their tank. Go to the drugstore and ask the moms about formula, go to the schools and ask the dads picking up their kids what the kids are learning…is it reading and writing or is it genderism and racial hatred? Finally, work late and see if others worry if you’ll be home safe…and if the cops will feel supported by the WOKE Left County government if they come to help you if a crime occurs.

Yes, when even the WOKE Left coast starts reconsidering their choices you could see that change come here - quickly.

The Primary is July 19, early voting before that. Get ready.

We need you to be there at the polls to help hand out literature about the Primary races and also lay the groundwork for the General Election!

We have the materials you need, we just need you to be there!

Please see the links below to sign up to spend some time helping your fellow Republicans learn about our candidates and make sure they are in a position to cast an educated vote.

Please sign up to spend some time at one of them - Thanks!!

We need you to be there at the polls to help hand out literature about the Primary races and also lay the groundwork for the General Election!

We have the materials you need, we just need you to be there!

Please see the links below to sign up to spend some time helping your fellow Republicans learn about our candidates and make sure they are in a position to cast an educated vote.

Please sign up to spend some time at one of them - Thanks!!

Learn More
Saturday, July 09, 2022 at 10:00 AM
Virtual Details Shared After RSVP is Received in Rockville, MD 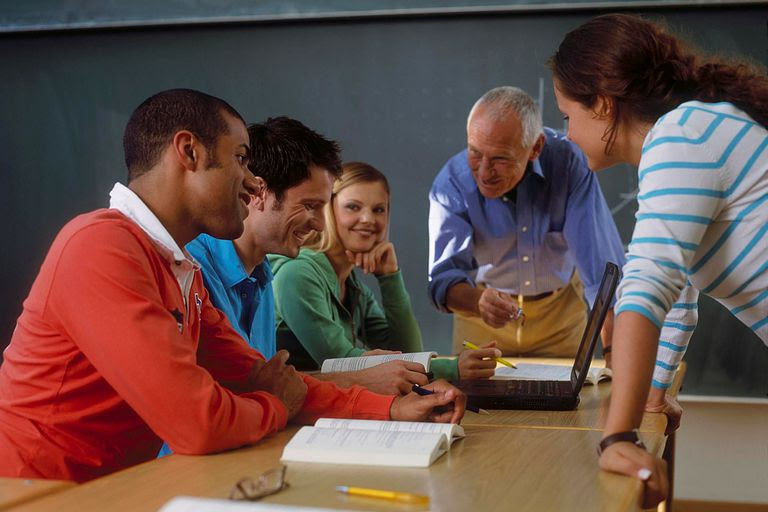 The orientation is free

Thank you in advance for signing up to participate !