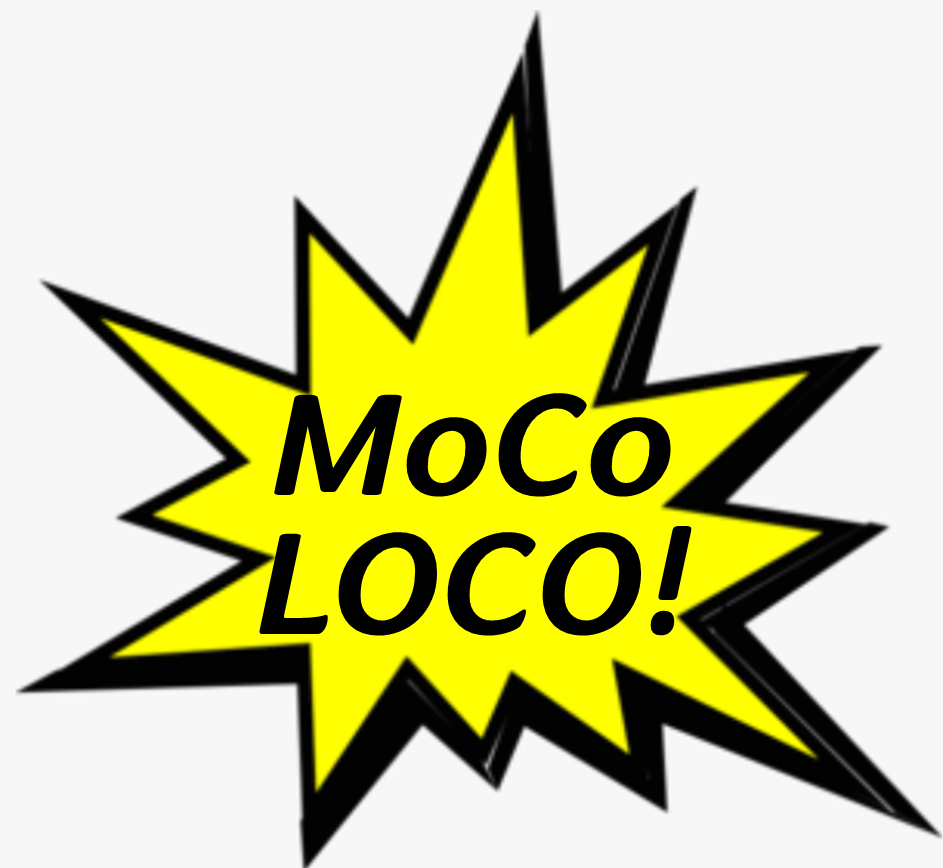 While the Montgomery County Council gets drunk on power, we suffer the hangover.

We can all agree that pollution is bad. Regardless of income, education, or political affiliation, most people act on it in varying degrees, perhaps even grudgingly conceding that County-mandated paper straws and a five-cent tax on plastic bags are small, eco-friendly prices to pay for protecting the environment. But make no mistake. Those kinds of seemingly benign acts are just the foothold the Montgomery County Council needed its residents to accept before grabbing the stronghold they’ve truly been aiming for: becoming the first East Coast county to mandate mass electrification as their solution for climate change. Which is exactly what happened on November 29th, 2022, when the Council unanimously passed Bill 13-22, a.k.a. Comprehensive Buildings Decarbonization. Barring few exceptions, by December 31st, 2026, this bill will require nearly all new residential and commercial buildings to be built with all electric systems. That’s all electric. No gas. No consumer choice in the matter. And all before the Maryland Public Service Commission (“PSC”) completes a state-mandated study on “the capacity of each [utility’s] gas and electric distribution systems to successfully serve customers under a managed transition to a highly electrified building sector.”

In fact, two of the biggest stakeholders – Pepco and BGE (respectively owned by Exelon), while supportive of cleaner energy, both felt it was premature for the county to enact the law ahead of PSC’s expected September 2023 findings. In its official objections, Pepco stated, “We, respectfully, oppose the legislation, based on the timeline that is set forth, which does not provide an opportunity for a study to be conducted to help inform the goals and outcomes of the proposed legislation.” BGE added to Pepco’s concerns by formally stating, “this legislation would implement a significant change in energy usage, prior to the issuance of a critical electric grid readiness study mandated by state law and without the understanding of the readiness of the electric grid to accommodate such change.”

Why is the supermajority, progressive Council so eager to get ahead of its vaulted all-electric building standards despite genuine concerns by utility providers that our current grid can’t support the measure? The simple answer: it’s not as much about clean power as political power, by which the Council is presently inebriated.

Case in point. Even while the bill’s sponsor, former Councilmember Hans Riemer, touted that Bill 13-22 meant “new construction will be cheaper to build, cheaper to operate and safer for residents,” the County’s own Office of Legislative Oversight (“OLO”) held a different opinion as stated in their Economic Impact Statement on Bill 13-22: “In general, the commercial building sector likely would be negatively impacted due to higher upfront costs and various risks (e.g., uncertain relative energy prices and lower than anticipated energy savings), which would increase the likelihood of certain market actors receiving a net negative return on their investment in building electrification.” If you look at the list of organizations that officially opposed Bill 13-22, you’d clearly see they agreed. The OLO concluded their summary with the warning “that the change in building code has the potential to reduce, both private sector capital investment and the County’s competitiveness in the commercial building sector.”

Translated into simple terms: when it comes to commercial development, we’re going to take a hit. Northern Virginia is already eating our lunch in terms of business development. Consider that three major companies – Amazon, Raytheon, and Boeing – when recently expanding or relocating their businesses to our greater metropolitan area, each bypassed Maryland in favor of Northern Virginia. Already onerous taxes and overbearing regulations are partially to blame. But so is Maryland’s woke culture – the vanguard of which emanates from Montgomery County with its hard, leftist agenda.

For now, your existing gas stoves, gas grills, and furnaces are safe. But the hangover is coming, so take some aspirin and hold on to your wallets my friends. In addition to a strained electric grid, rising energy bills due to less competition, and the passing-on of all-electric building costs, there’s the real possibility that a current Biden Administration push to ban gas stoves will find its way here forcing homeowners to go electric whether they want to or not. If we thought it was hard to attract businesses to move here, existing ones to grow, and new ones to start, wait to see what the super majority in Annapolis likewise does with their aggressive climate activism. Our economy will doubtless suffer with these overly strident climate measures, and Marylanders fed up with the Nanny State and the cost of living here will say adieu. As one famous billboard in Seattle once said, “Will the last person leaving turn out the lights?” In our case, perhaps, the flickering lights.

Your feedback and participation in helping us to fight this and other such measures are truly welcome.

Stacey Sauter is a Republican former candidate for the Maryland House of Delegates, a REALTOR and member of the Montgomery County Republican Party Communications Committee. She can be reached at [email protected]

Tell us what you think.

Please share your thoughts with us at [email protected]. 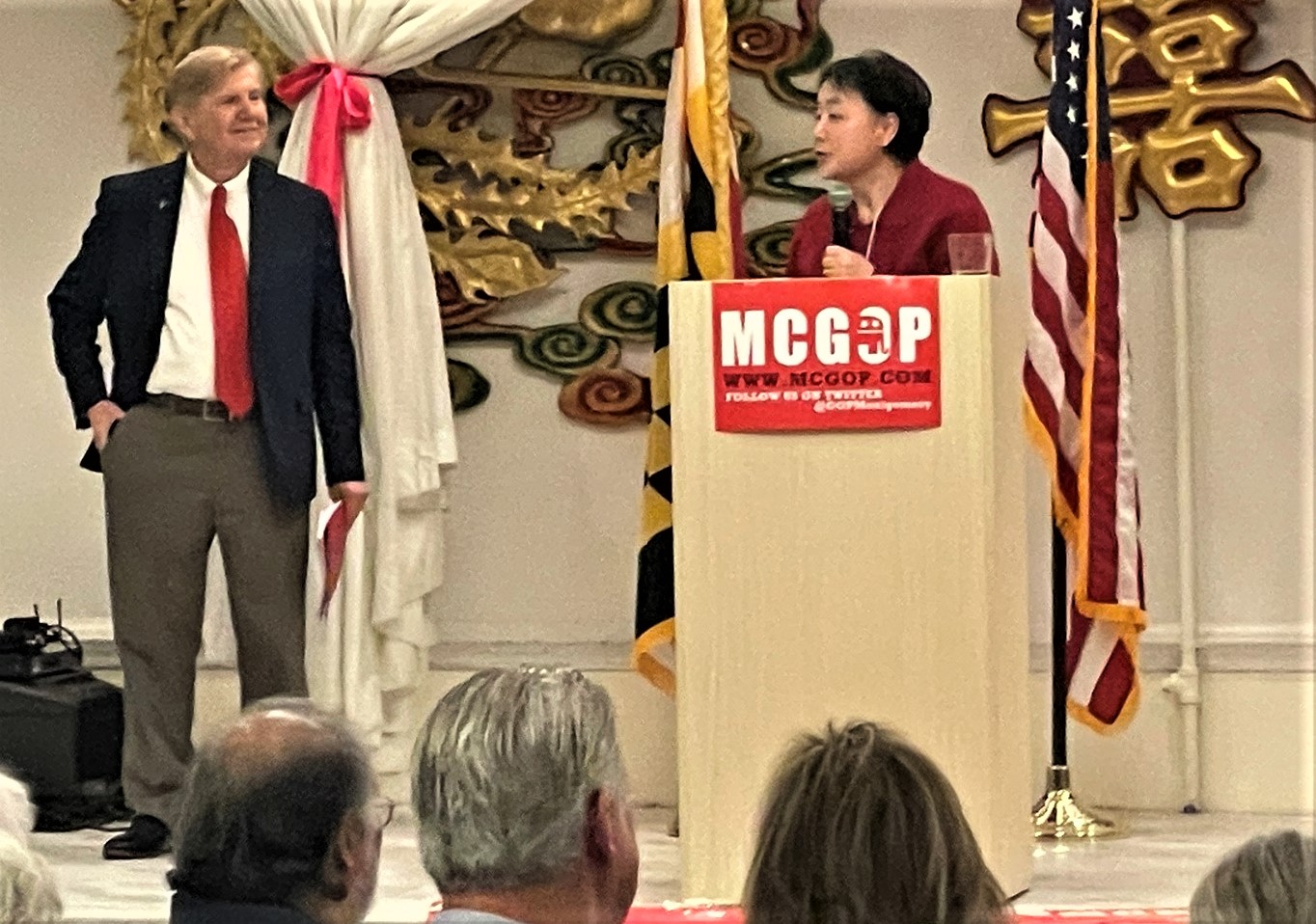 The room was packed, the food was great and the entertainment was first class. Make sure you stay up-to-date with our events. Watch for the Spring MCGOP Convention March 25. Details coming soon.

You know, they tell us this is Black History Month – but every month should be black history month, and Red History Month, and Asian, and Hispanic, and White, and on and on. We’re a great American experiment, and all our achievers are remembered and honored.

I don’t know if you know but right here, in Gaithersburg and Laytonsville, close by, many of our Republican founders like Harriet Tubman, Frederick Douglass - even Josiah Henson, walked these grounds. Blue Mash was a stop on the underground railroad (that’s how they pronounced the swampland of the blue marsh). The Quakers in Sandy Spring were an integral part of the effort. Before the Republican Party was founded to abolish slavery, counter the Democrats and strive for equality some folks right here in Montgomery County were fighting for it, they won and we honor them.