I Can't Vote for NIXON's Party

August forty-eight years ago I was a Republican candidate for Montgomery County Council. I was President of the Student Body at Montgomery College, full of beans and vying for county-wide office. Here’s the kicker, all of my Democrat friends and associates told me “No. I could never vote for a party that had Richard Nixon as their President” In Montgomery County our local politics is national!

I wasn’t elected and since life is amazing I went to college in the West, worked for the government, ended up as a low level staffer in the Carter White House, worked for Gerald Ford, for the Congress, a Think Tank, as local REALTOR® President and even former Chairman of our Montgomery County Republican Party. But local politics are still national – plenty of our candidates today (on both sides I might add) are told the guy at the top of the ticket colors their vote for every office.

Think of Trump and Biden. 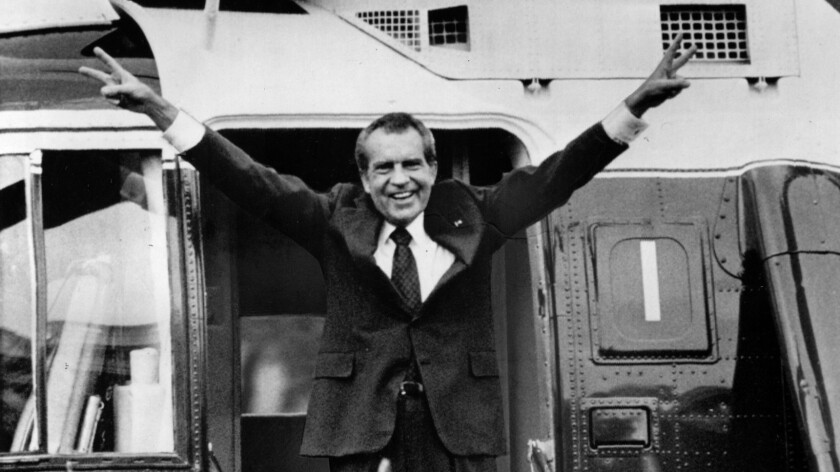 In my case Nixon had just resigned after years of national attention. The country was divided.

Living here there’s never been a Republican friendly press, radio or TV. Even more so then, the Washington Post was a major player in the anti-Republican narrative, as it still is today. And, as today, the entire media market was either anti-Republican or in the best case simply tolerant.

But there’s been another way. Most of my career was non-partisan. During my American Enterprise Institute work I ran for and was elected to the Friendship Heights Village Council. Friendship Heights’ 5,000 residents skew heavily and overwhelmingly Democrat, but all our local city council’s are non-partisan. Even though they knew I was a registered Republican they re-elected me, by my fourth term I was the top vote getter!

Certainly as REALTOR® President you need to work with the elected folks to do the best for your members, and again on the Board of Directors for Chestnut Lodge Psychiatric hospital in Rockville, we were non-partisan to work with the all-Democrat County and State government. For the past 50 years I’ve heard the phrase “The winner of the Democratic primary will go on to win the general election in November.”

Maybe not today. Even 48 years ago - despite the vehement rhetoric against Richard Nixon – my Republican friend Jim Gleason, our first County Executive, was elected to a second term!

Today our local Party has great candidates – and many incumbents are unfortunately doing a terrible job. I’ve seen over the years one-party government isn’t best for policymaking. You need new ideas, compromise, and fair representation. We had to fight hard to get more members on the County Council, to limit the terms of incumbents, and to redraw representative maps to give more areas a fair chance at representation.

I’m optimistic about Republican chances, it's time. And I’m prepared to work hard to support our good folks to make that happen.

Tell me what you think at [email protected]