Craig Wolf is a lifelong public servant with a proven record of delivering results. As a federal prosecutor with the Department of Justice, Wolf successfully prosecuted some of the first cases involving online child pornography, oversaw investigations of human trafficking and coordinated some of the first prosecutions under the federal “Deadbeat Dad” statute.

Wolf is also a business leader, who served as President & CEO of the Wine & Spirits Wholesalers of America for more than a decade. In this role, Wolf oversaw one of the most prominent trade associations in the country where he advocated for legislation and public policy that both protected consumers and allowed businesses to grow.

As Counsel to the US Senate Judiciary Committee, Craig worked across party lines to gain consensus on the enactment of important legislation protecting children from sexual predators. Additionally, he advised the chairman on constitutional interpretation and terrorism-related matters.

In 2003, Craig joined the U.S. Army at the age of 40 to do his part to help defend America in the wake of 9/11. He is a decorated veteran of Operation Enduring Freedom and received the Meritorious Service Medal, Bronze Star Medal, Combat Action Badge, Army Commendation Medal and the Army Achievement Medal. He is currently assigned as an International Law Officer with the 354th Civil Affairs Brigade in Riverdale. 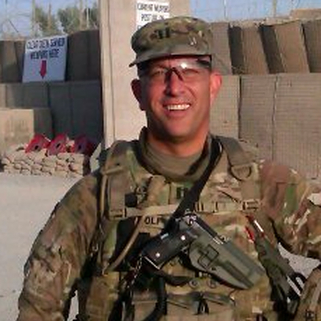 Wolf has stated that as attorney general, he plans to work with the governor and local officials to address the opioid crisis in Maryland. “The opioid crisis is not bound by geographical distinction, it is all across the state. Eastern Shore, western Maryland, north, south as well as other major population centers in Maryland,” Wolf said. “As such, it is something that I think the attorney general needs to be focused on.”

“You need an attorney general who is partnered with the governor, because it takes a team effort to solve these problems,” Wolf added. “It is not about a left issue or a right issue. It’s not just Democrat or Republican — it is about putting Maryland first.”

Craig has lived all over Maryland, and currently resides in Howard County with his wife of 24 years, Sally. They have two children, Hannah (22) and Zachary (20). He spends his spare time flying helicopters, riding his motorcycle and running with his dog, Grace.