Board of Elections Update 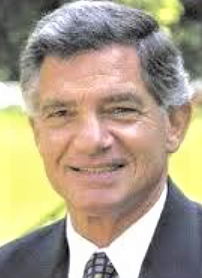 This Presidential Election was like no other in our County. Notwithstanding completely new voting locations, drop box locations, mail-in voting procedures and extended early voting hours, 536,706 voters cast their votes in this past election, 79.52 percent of registered voters.

Legislation and procedures and rules from the State Board of Elections govern the protocols and logistics of elections throughout the State. The State Board of Elections also does the selection and procurement of all the equipment used in every County. Because of the Pandemic, Governor Hogan issued emergency proclamations altering and modifying the way we run our elections. Fears of voter confusion and concern for Covid exposure did not dampen voter enthusiasm and interest. Our vote totals passed several States’ turnout.

Our County Board, Nahid Khozeimeh, Diane Dillon, Jackie Phillips and I worked tirelessly to make the election a success even though we had to contend with a lot of concerns, fears, and questions about Covid, voter fraud, and new voting locations and procedures. Remember, our Board had nothing to do with the rules, procedures, and equipment for the Election. Candidly, to me it was a rewarding experience but often exhausting and unpleasant. Unpleasant in the criticisms and accusations hurled at us regarding potential fraud in mail-in voting, expanded early voting and canvassing procedures. But we were just executing and implementing the Governor’s and State Board’s protocols. Nonetheless, we made every effort to carefully review mail-in ballots, provisional ballots, and to ensure an accurate vote count. An independent private company, retained by the State, conducted a complete audit after our votes were certified by our Board and validated the accuracy of our vote totals. Even the County Executive praised the efforts of our Staff and Board in running a fair and safe election in this difficult period. From all that I have heard, the election was a success in our County not-withstanding the differing positions voters have about mail-in voting and early voting.

The future of voting procedures, including mail-in and early voting, is up to the Legislature and State Board of Elections. Many Bills have already been filed in Annapolis regarding these issues.

As you know, the majority membership of the local Boards is determined by the Political Party of the Governor. In Montgomery County, there are four Republican and three Democrat members of our Board. A Bill sponsored by Democrat Senator Ellis, Charles County, would change the membership of the local Boards to making the majority of the Board determined by the voter registration majority in the County (SB 58). That means Montgomery  and Prince George’s County, and Baltimore City may never have a majority Republican Board of Elections, even if the Governor is Republican. This will allow Democrat controlled local Boards to select early voting sites and precinct vote locations.

Another Democrat Bill (HB 57) in the House would effectively leave the final decision of precinct vote locations to County Councils  and Circuit Court Judges. Our Republican Board did a great job managing a very difficult election. These Bills are the thanks we get. There is no other reason to support these Bills other than to forever make the Republican Party the minority on our Board of Elections. This will allow the Democrats to pick all the early voting and election day vote locations erasing all the progress we made, for example, to bring early voting to Damascus and Sandy Spring, and to prevent a 5th early voting site in the Silver Spring/Wheaton corridor. We have fought for more voting accessibility throughout the Upcounty.

Thanks for your support.

Jim Shalleck is President of the Montgomery County Board of Elections.