Democrats and the Race Card

The only weapon the Democrats have left is the “Race Card”.

I recently learned of a Democrat tactic to galvanize minority voters through a text message comparing voting rights efforts to “Jim Crow 2.0.”  With no support for such an outrageous assertion, Democrat leadership at both the national and local levels are turning to their last remaining hope to pull voters back to their charade, the race card. Is the Democrat Party such an abject failure that they are left with nothing but to fan the flames of hatred with baseless lies in the hopes of further dividing people? 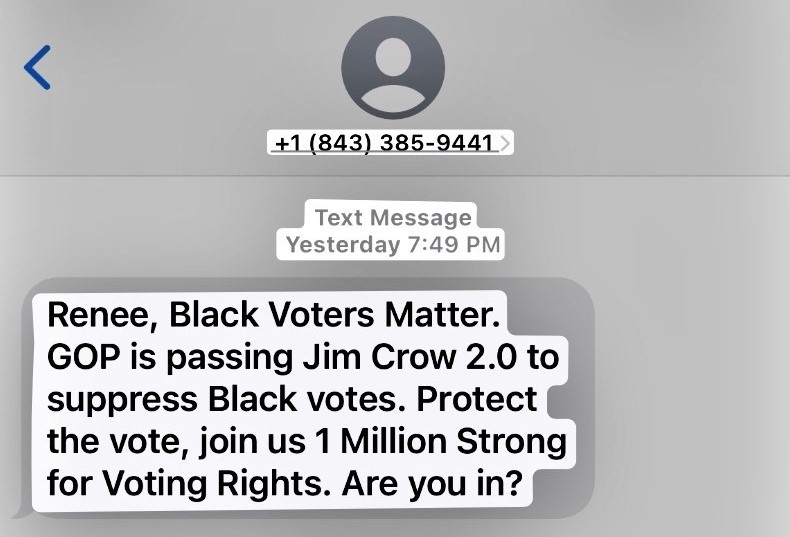 The Democrat Party’s continued reliance on inflammatory rhetoric through social media to spread lies and intimidate the opposition is abhorrent and is wholly inconsistent with our shared American values. Those who do not agree with their extreme views are “canceled” or labeled “racist,” and ultimately silenced. I take great exception to tactics that put a premium on labels and name-calling over civil discourse and debate of the issues of the day.

The Democrat Party is well-versed at creating a problem, taking no responsibility, and then patting themselves on the back when they discover the solution which the Republicans long ago arrived at. This tactic is stale and no longer resonates within Montgomery County or this Country.

I am a Republican because I am tired of business as usual in Montgomery County. I am tired of these divisive tactics and lames excuses aimed at creating new problems instead of solving existing ones.

Regardless of your party affiliation, I’m  asking YOU to join with us and to say “NO!” to the insanity that has been pushed upon us and taught to our children.

Come join us and be part of the RED WAVE in Montgomery County - Be Silent No Longer - stand up, speak up and together we will make a difference!!