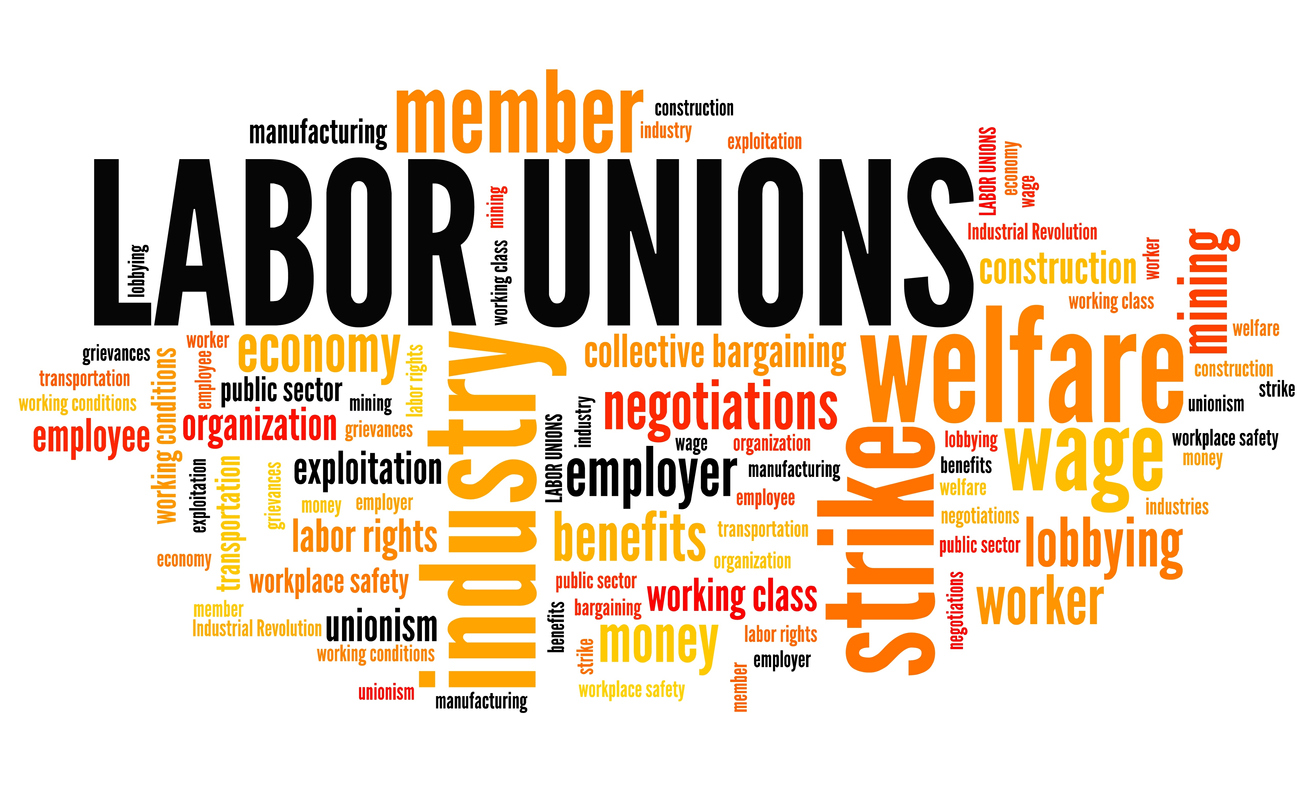 Most people have warm and fuzzy feelings about labor unions.  On the national holiday created to “pay tribute to the contributions and achievements of American workers,” we will hear these organizations praised endlessly.  What’s good for the UAW or SEIU is good for America, many elected officials and media pundits will tell us.

Unfortunately, this is less often true than we might hope.  And because of fallout from the Covid pandemic and the campaign to reform policing, a couple of troubling illustrations of this fact are on center stage right now.

As a new school year commences, for example, parents and students are wondering whether teachers unions are really doing what’s in the nation’s interest or just what’s in their members’ interests.

A couple of anecdotes from teacher friends illustrate the concerns.  One, who teaches kindergarten at a private elementary school in Baltimore, has been working with her colleagues all summer to ensure that in-person teaching could commence as safely as possible this fall.  Normally, they would enroll enough kindergarteners to fill one classroom.  But this year they had enough demand – even at a non-negligible tuition – to fill ten classrooms, if they had them.

At the other end of the spectrum, a teacher at a private Baltimore County high school reports that over the summer his classroom was reconfigured and outfitted with safety equipment.  He has spent considerable time rehearsing with new hardware and software so that a portion of his students can be in class while others tune in from home, alternating to yield a healthy mix of in-person and virtual learning.  He expresses amazement – and not a little disgust – that public school systems are unwilling or unable to do the same things.

Clearly, there is both demand for and supply of safe in-person schooling getting underway in Maryland – but only in the private, non-unionized sector.  This is very important:  the CDC and other experts in public health and education have concluded that relying exclusively on remote learning carries a steep cost in reduced achievement, lost opportunities for socialization, and heightened mental health risk to students – to say nothing of the burdens on parents.  By and large, though, the unions that wield the hammer in America’s public school sector simply don’t want to expose their members to any risk from the coronavirus, so… in much of Maryland, see you in January.  Maybe.

Then we have the other great controversy consuming America:  policing.  If you are suitably woke, you consider that police forces are “systemically racist” and, therefore, need to be defunded or abolished.  But even if you have sorted through the evidence on police use of force and are, therefore, not that extreme, you understand that greater efficiency and accountability of police departments is desirable.

And that awareness should lead us to question whether the proper exercise of the monopoly of force which we grant to police is consistent with unfettered union power – via one-sided contracts that often insulate their members from the consequences of bad actions.  Just look at Ground Zero of this summer’s unrest over police misconduct, Minneapolis:  of 2,600 civilian complaints filed against cops in that city since 2012, less than one-half of one percent led to any form of discipline.  Most were written warnings, with the harshest penalty a one-week suspension.  Clearly, the contracts that result from “collective bargaining” can guarantee unmerited job security as well as pump up wages.

And, of course, above-competitive police wages can themselves damage public safety.  Camden, NJ’s experience here is instructive.  In 2012, its homicide rate was 87 per 100,000 population – half-again higher than that prevailing today in Baltimore, America’s most dangerous large city.  Since busting their police union by forming a new county force in 2013, however, Camden has cut its homicide rate almost two-thirds.

The problem was that Camden’s cop cartel had pumped up average annual costs per officer (including fringe benefits) to $182,168.  At that price, the city could afford just 175 cops; during peak night-time crime hours, only a dozen might be on patrol.  Busting the union reduced costs to $99,605 per officer, enabling lots of new hires while keeping total expenditures roughly the same.  Within a couple of years, Camden’s force exceeded 400, enabling more pro-active policing, more money for training, and greater accountability, so that many lives have been saved – most of them Black.

Suggesting that union power ought to be taken down a notch is not, of course, a popular or politically correct sentiment.  Because America’s “labor collectives” or “guilds” are not fixing the price of a commodity like oil but merely setting wages rates, we resist calling them cartels.  We tolerate them in labor markets in the (often erroneous) belief that profit-seeking employers hold so much market power that it is necessary to fight fire with fire.  But even as he encouraged unionization in the private sector, Franklin D. Roosevelt deemed public employee unions “unthinkable and intolerable” because they might “obstruct the operations of government.”

If we want better schooling for our kids and safer streets for all, we might heed FDR’s long-forgotten words.

Morality! Always a fun subject to discuss, especially during the waning hot days of summer in Washington…. Ah, but I digress.

Dr. Lawrence Kohlberg, a cognitive and developmental psychologist, has written extensively about the six stages of moral development, which are the basis of ethical behavior.  As individuals mature and become aware of the world around them, they move through these stages – but sometimes they don’t.

Several years ago, Victor Davis Hanson wrote an article in The Washington Times titled “Why disregard of law is America’s greatest threat.” The point of his piece was that while some citizens may ask why they should obey the rules/laws, others seemingly get off scot-free or are given a pass.  This concept seems to be even more relevant today.

According to Dr. Kohlberg, in stage 1 of moral development, people obey rules/laws in order to avoid punishment. In the case of the riots or ‘mainly peaceful protests,’ as some have described them, people were stealing from high-end stores on the Magnificent Mile and seemingly not caring a whit about the prospect of punishment.  Fortunately, some have been caught.  Meanwhile, New York Times reporter Nikole Hannah Jones regards this looting as “restitution for slavery,” an odd rationalization.

And while each of us has his or her own moral compass, we often look at many of our own political leaders as ethically challenged.  Kohlberg describes stage 2 as the level where one operates in his/her own self-interest or conforms to get rewards.  Speaker Nancy Pelosi’s late night visit to a hair salon without a mask, not caring about the safety of others around her, was a violation of local ordinances with regard to COVID-19.  Her subsequent response, accusing others of a setup when she was caught was an interesting rationalization.  Often ‘rules for thee, but not for me,’ seem to apply here.

Kohlberg maintains that by adolescence and adulthood, most people reach stage 3  and abide by rules because they want to be seen as ‘good.’  In the case of those rioting in largely Democrat-controlled cities, however, one wonders about the political leaders’ commitment to uphold public safety (to individuals and businesses) at the expense of being perceived as looking good.

Who can forget Seattle Mayor Jenny Durkan’s inane comment about the protesters-turned- rioters ‘summer of love?’   Really? Who elects these people???

By Stage 4 – people do things to obey the law and maintain order.  Most mature people believe they are in stage 4; however, it currently appears that in some cases, ‘law and order’ has been thrown out the window, in favor of appearing popular among the masses. Who can forget vice presidential hopeful Kamala Harris voicing her opinion about the BLM riots by saying, “they’re not going to stop and they should  not.”

Stage 5 of moral development looks at doing things for the collective or for the greater good (sometimes in spite of existing laws).  “Stay home, save lives, help stop the Coronavirus.”  And stay home we did, unless we had to go to the grocery store, or the liquor store, but we could not go to church or exercise in a park.  During the height of the pandemic, New Jersey Governor Phil Murphy told police that their job was to disperse people, no matter what the reason was for their gathering.  It was argued that public safety trumped personal liberty.   In sum,  we were essentially losing our rights guaranteed in the first Amendment in favor of being safe.

Dr. Kolhberg maintained that few of us ever reach Stage 6 – ‘principled conscience or personal integrity, no matter the price.’  Many on the battlefield could be placed in this category, along with members of law enforcement, firefighters and other first responders who put others’ lives before their own.  We realized that was the case when heroes defied orders and attempted to save Ambassador Christopher Stevens and others during that fateful night in Benghazi. Their moral compass operated on a higher level of principled conscience.

If Dr. Kohlberg were alive today, perhaps he would have written about Stage 0: lawlessness and chaos – represented by those persons who operate with absolutely no moral underpinnings. We are seeing more of this, as was recently illustrated on Facebook when a black man in Baltimore went up to an unsuspecting elderly white man and threw a brick at him.

Complete indifference to human life.  God help us all.

J. Alexandra Tuttle is a Member of the Montgomery County Republican Central Committee.