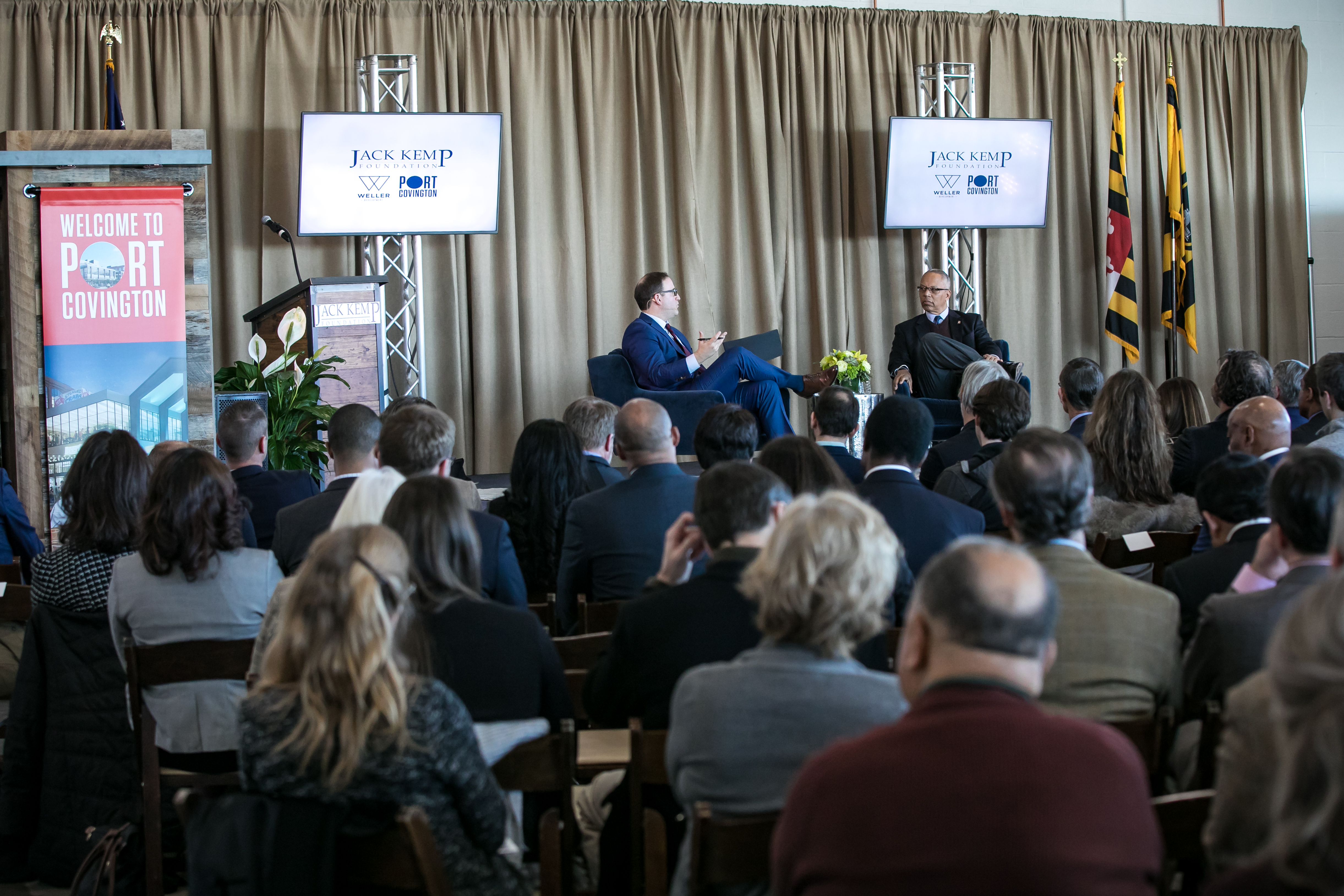 Thankfully, every once in a while, progress is made that brings these divergent viewpoints together. A recent, unique example of bipartisan support for what I believe is a real upward-mobility-producing policy is the Investing in Opportunity Act, which passed into law on December 22, 2017 when President Trump signed the Tax Cuts and Jobs Act. The Investing in Opportunity Act has created a new free enterprise tax incentive to attack the underlying causes of poverty through what are now known as Opportunity Zones (OZs).

On January 1, 2019, the Maryland Opportunity Zone Leadership Task Force was created by an Executive Order signed by Governor Hogan. The “open for business” state of Maryland demonstrated that it is leveraging the Opportunity Zones created by Senators Cory Booker (D-NJ) and Tim Scott (R-SC) by extending a 10 year state tax credit for every new job created in an Opportunity Zone as well as property tax exemptions and waiver of business recording, filing or special fees for OZ businesses and projects.

Why should you care about this? Because as a conservative, all too often we hear the accusation that we only believe in “tax cuts for the rich.” This is not true. We believe in equality of opportunity, but not equality of outcome. Government shouldn’t be in the business of ensuring success for all. Instead, its focus should be on leveling the playing field and Opportunity Zones are a step in that direction.

While we are on the subject, it is important to acknowledge that both our federal and state tax codes and regulatory regimes are overly complicated and burdensome to navigate. Are you a small business owner? If so, you know exactly what I am talking about. If it weren’t for these complexities, legislation and executive actions as described above wouldn’t be necessary or effective. Unfortunately, the government web of bureaucracy is difficult to disentangle, but that is always a worthy goal.

In the meantime, we need to take the next right step. That is what Sen. Tim Scott(R-SC), Sen. Cory Booker (R-NJ), President Trump, Governor Hogan and Lt. Gov. Rutherford have done by building on the legacy of my dad, Jack Kemp, who authored the never-passed-into-law legislation which inspired Opportunity Zones called Enterprise Zones (introduced June 12, 1980 with Democrat co-sponsor Congressman Robert Garcia as the Urban Jobs and Enterprise Zone bill). They aren’t doing this out of respect for my pops, although they have all told me how much they admired him, as did I. Instead, they recognize the power of unleashing private capital into poor communities that haven’t had equality of opportunity when it comes to investment capital.

The point here is that we have an opportunity to demonstrate what bleeding heart conservatism looks like. Policies that incentivize behavior leading to earned success and dignity for all are what we should champion and OZs fit perfectly into this empowerment agenda. Policies that are outcome based, and not expressly partisan, are needed now more than ever. Trust in our elected officials is at an all-time low.  That’s why Maryland’s $56 million commitment to support OZ projects is so smart.

There are 149 OZs in Maryland. Currently there are five OZ projects and one business listed on the MD OZ Information Exchange website. Go check out MD DHCD’s website Click Here and explore how you can help execute on this promising program that doesn’t require bigger government, but needs private sector investment. Maryland and other states need not just your financial capital, but your intellectual capital as well: your knowledge of and initiative for Opportunity Zones.

Jimmy Kemp is president of The Jack Kemp Foundation, a 501(c)(3) charitable organization committed to advancing the universal values of the American Idea of growth, freedom, democracy and hope.