The Barking Dog in Bethesda, Maryland came alive on the evening of March 10th when the Potomac Women’s Republican Club and the Montgomery County Young Republicans co-hosted an appearance by Scott Presler.   Scott is a young, conservative activist with over 434,600 followers on Twitter. He spent 2 years of his life working to defeat Hillary Clinton and now he is laser-focused on re-electing President Trump.

Fresh off of speaking engagements at CPAC in National Harbor, MD and the Maryland Federation of Republican Women’s "Red Scarf Day" in February, Scott energized the near-capacity crowd to join him in what he’s named #ThePersistence — his effort to energize activists to get to work to re-elect President Trump! 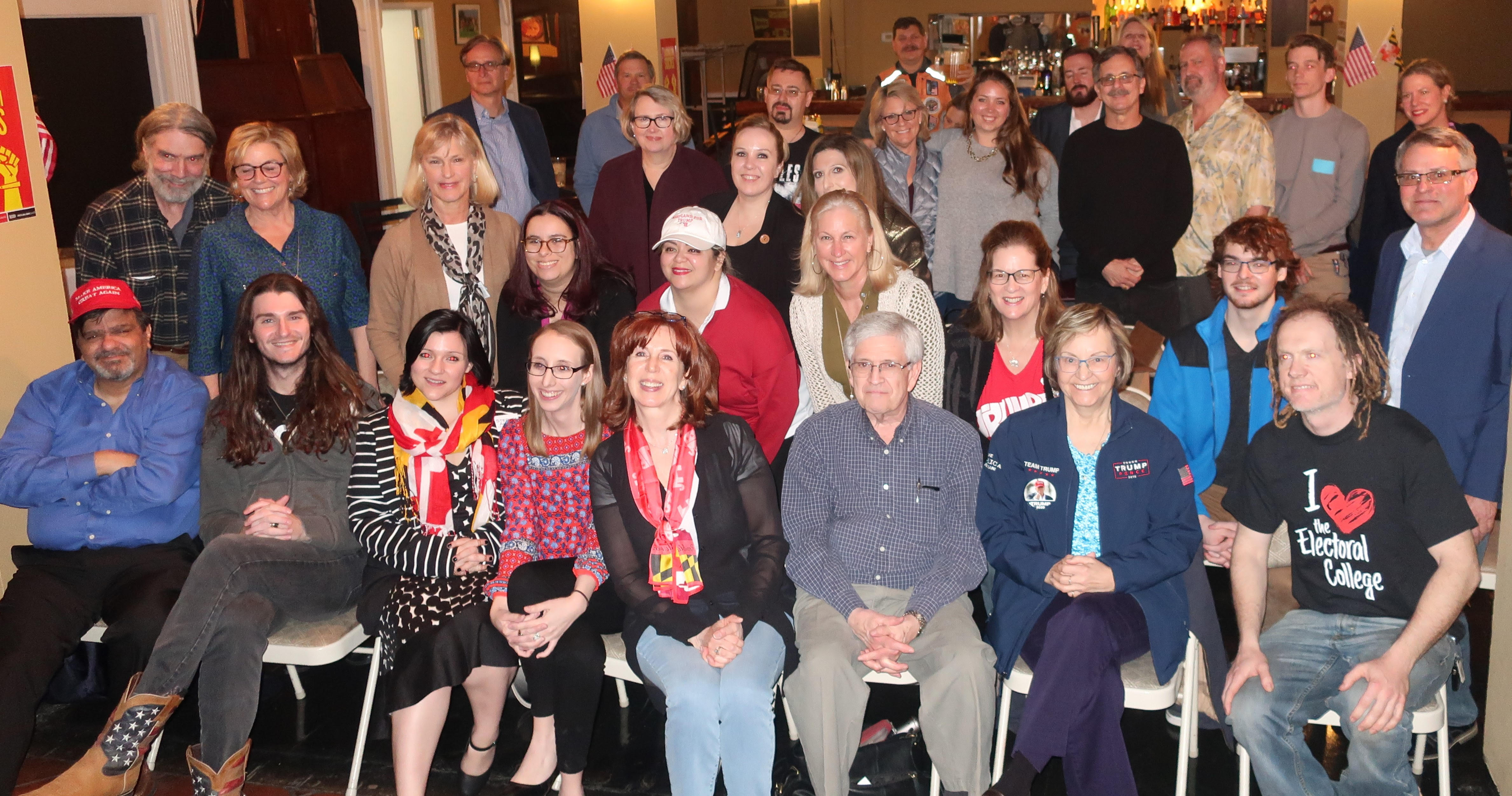 The free event, at one of our favorite watering holes, engaged the crowd with Scott’s sometimes irreverent wit and his boundless passion and enthusiasm in support of President Trump. This is how he rolls with everything he does! Some of Scott's other recent efforts were the physical clean-ups of trash-strewn and rat-infested areas of Baltimore, Maryland and Los Angeles, California, to name just two. Working  together with both locals and other Young Republicans, these clean-up efforts are opportunities to tell the nay-sayers that indeed there are folks who care about these areas and their inhabitants – even though the elected Democrats in these areas only make an appearance during election time.

Thanks again go to Gail Weiss, President of Potomac Women’s Republican Club and co-host Rebecca Altendorf, Vice-President of Montgomery County Young Republicans for bringing this fresh face to Bethesda, who was full of information and youthful energy to get Maryland activists to go out and work to re-elect President Trump in November!