Come and Meet Governor Hogan on November 2 in Rockville

You are invited to meet Governor Larry Hogan in Rockville on November 2 at a reception at the Woodmont Country Club. Tickets are available online at www.mdgop.org/moco17. He looks forward to chatting with you and listening to your concerns. The evening will help the Montgomery County Republican Party build our grassroots team to re-elect the governor and Republicans in our county.

With Governor Hogan in office, Maryland is truly open for business. His strong commitment to restoring Maryland’s economy and creating jobs has yielded real results. In fact, Maryland has moved to #2 in the nation for job growth – from #49 when he first took office. The facts and figures tell the story.

Maryland is now #1 in professional and technical workers; #1 in percentage of doctoral scientists and engineers. Maryland is the home of 11,600 IT companies, 70 of the top 100 defense contractors, 14 of the top 25 aerospace companies and has 74 Federal labs (two times more than any other state).

And that’s not all.

Bloomberg has ranked Maryland as the fifth “most innovative state” in the country. What’s more, we have all benefited. Governor Hogan has cut tolls at every single toll facility across the state; reduced or eliminated 255 different fees; cut taxes for military retirees; and returned more than $200 million in refund checks to state residents. He even repealed the rain tax mandate, but unfortunately Montgomery County residents continue to pay it.

All in all, Governor Hogan has provided Marylanders with nearly $700 million in tax, toil and fee relief. He has invested an unprecedented $2 billion in transportation funding, allowing the state to move forward on 84 top priority road projects in every jurisdiction and fixing every single structurally deficient bridge in Maryland.

Ensuring that Maryland has a strong education system is also one of his top priorities. The governor has made a record investment of more than $12.4 billion in K-12 public education, and per-pupil funding has increased in every jurisdiction across the state.

To address the state’s heroin addiction epidemic, he moved quickly to create the Maryland Heroin and Opioid Emergency Task Force and acted on its recommendations by committing nearly $9 million in funding. He has also signed legislation to expand the state’s Good Samaritan Law and Prescription Drug Monitoring Program.

As we know, the fact that Maryland has some of the most gerrymandered districts in the country currently prevents us from having fair and competitive elections and deprives us of meaningful choices. Let’s work to help Governor Hogan correct this injustice. 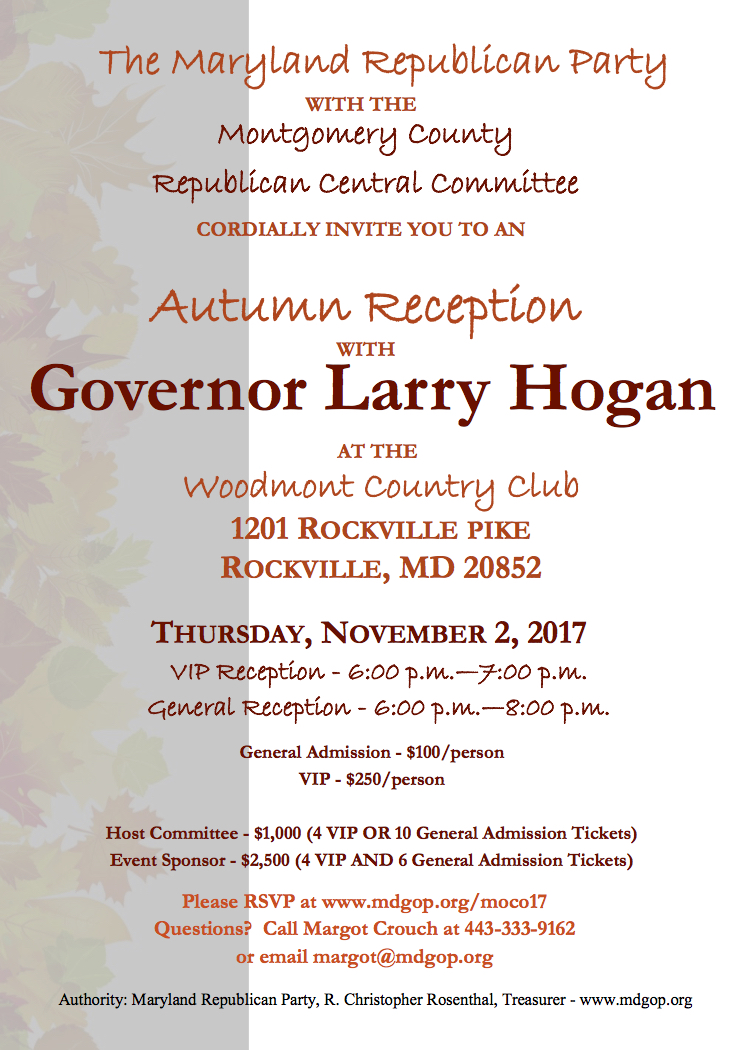