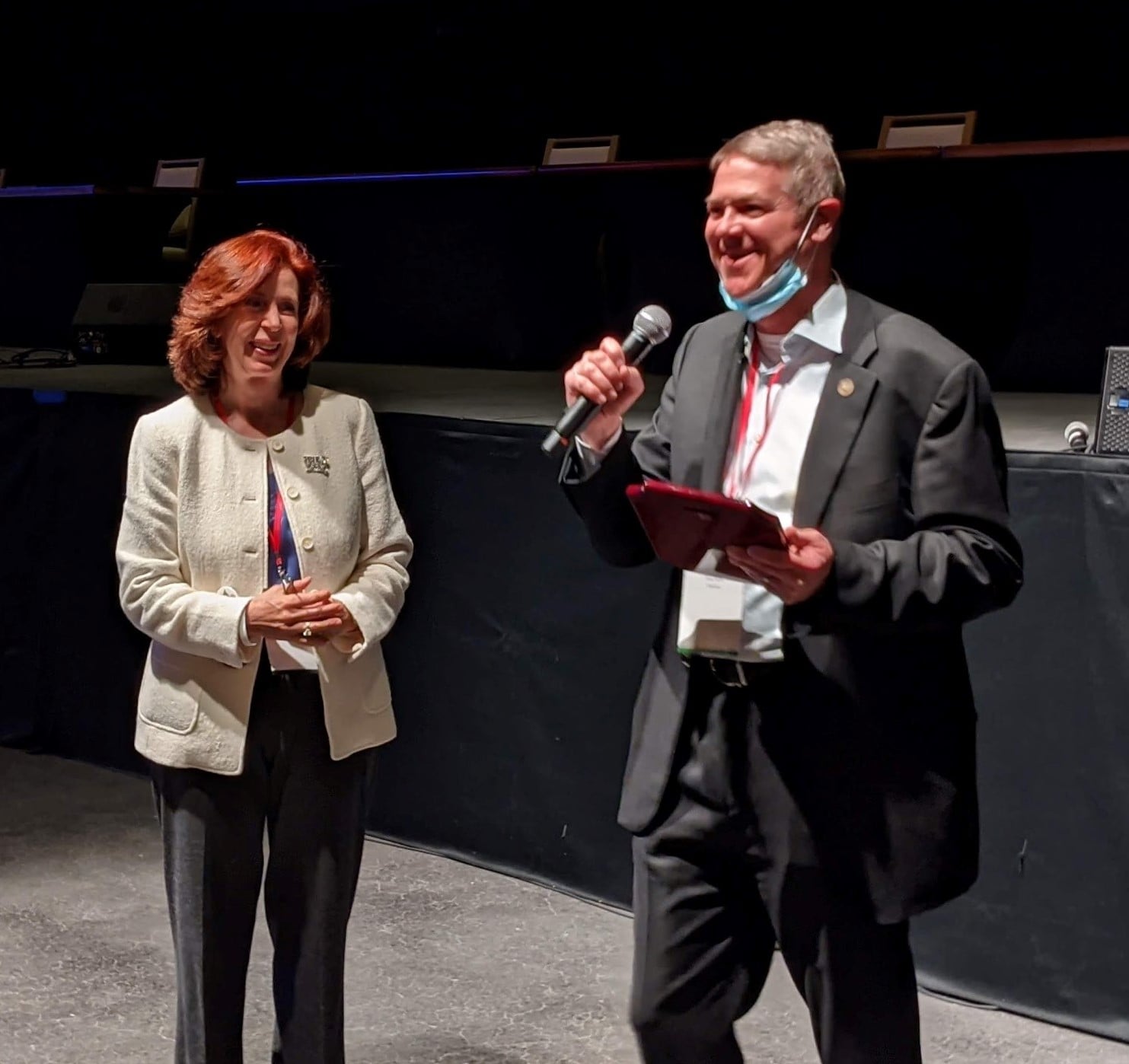 Gail Weiss, a Republican Central Committee member, was presented with the Chairman’s Award during the Winter Republican State Convention in December.  Dirk Haire, MD Party Chair, called Weiss "a hardworking and model Republican leader", and praised her efforts on the County, State and National stage.

She helped coordinate volunteer efforts from Maryland to Pennsylvania for the 2020 reelection, while also serving as an important local Republican leader in Montgomery County. She has been a fierce activist and organizer, going to DC to support both contentious SCOTUS nominees Brett Kavanaugh and Amy Coney Barrett, door-knocking in PA as well as in Baltimore and cheering on President Trump’s speedy recovery from COVID-19 during his hospitalization at Walter Reed Medical Center in Bethesda.

Her efforts as President of the Potomac Women’s Republican Club as well as coordinator of many other Conservative groups and events in Montgomery County are enjoyed by many. Her exacting standards for herself as well as of others helps to put the best possible face forward for the Republican effort in Montgomery County. Ms. Weiss, a resident of Bethesda, also serves as volunteer coordinator for the local Republican Central Committee.

Congratulations Ms. Weiss and thank you for your strong leadership and service.