OCTOBER TOPIC: “BIDEN’S ILLEGAL ALIEN TSUNAMI AT THE SOUTHERN BORDER – IMPACT ON MARYLAND AND THE NATION”

Sheriff Chuck Jenkins is currently serving in his fourth term as Sheriff of Frederick County, Maryland. He was first elected to the Office of Sheriff in 2006. The Frederick County Sheriff’s Office is a full-service law enforcement agency, the primary and largest of five agencies in Frederick County. As Sheriff, he also has responsibility to oversee the Frederick County Adult Detention Center including Central Booking and Work Release and security for the Frederick County Courthouse, which includes the service of all civil processes for the county.

Sheriff Jenkins is a 2007 graduate of the National Sheriff’s Leadership Institute. He is actively involved with the Maryland Sheriff’s Association testifying many times before the Maryland Legislature on legislative issues that impact public safety, corrections, and law enforcement. Sheriff Jenkins actively serves on three standing committees of the National Sheriff’s Association - Homeland Security, Immigration and Border Security, and School Safety.

Under his leadership as Sheriff, the agency has effectively partnered with DHS/ICE to participate in two major programs, the 287g Delegation of Authority Program and the Inter-Governmental Services Agreement ICE detainee housing program. He has previously testified before Congressional subcommittees on issues involving illegal immigration. In the summer of 2014, he visited the McAllen, Texas border sector to view first-hand the surge of illegal immigrants across the open border and the impact to local crime and public safety.  Sheriff Jenkins is currently participating in a long-term project sponsored by the U.S. Army War College’s Homeland Defense and Security.

Note: Sheriff Jenkins has recently announced his candidacy for re-election as Sheriff of Frederick County.  www.chuckjenkinsforsheriff.com

Thomas Homan served as Acting Director of U.S. Immigration and Customs Enforcement (ICE) , the principal investigative agency of the Department of Homeland Security (DHS), from January 30, 2017 until his retirement on June 30, 2018. In this role, Mr. Homan advanced ICE’s mission to promote homeland security and public safety through the criminal and civil enforcement of approximately 400 federal laws governing border control, customs, trade and immigration.

Since 2013, and until his retirement, Mr. Homan served as the executive associate director of ICE Enforcement and Removal Operations (ERO). In this capacity, he led ICE ‘s efforts to identify, arrest, detain, and remove illegal aliens, including those who present a danger to national security or are a risk to public safety, as well as those who enter the United States illegally or otherwise undermine the integrity of our immigration laws and our border control efforts.

Mr. Homan is a 33-year veteran of law enforcement and has nearly 30 years of immigration enforcement experience. He has served as a police officer in New York; a U.S. Border Patrol agent; a special agent with the former U.S. Immigration and Naturalization Service; as well as supervisory special agent and deputy assistant director for investigations at ICE. In 1999, Mr. Homan became the assistant district director for investigations (ADDI) in San Antonio, Texas, and three years later transferred to the ADDI position in Dallas, Texas.

Upon the creation of ICE, Mr. Homan was named as the assistant agent in charge in Dallas. In March 2009, Mr. Homan accepted the position of assistant director for enforcement within ERO at ICE headquarters and was subsequently promoted to deputy executive associate director of ERO.

Mr. Homan holds a bachelor’s degree in criminal justice and received the Presidential Rank Award in 2015 for his exemplary leadership and extensive accomplishments in immigration enforcement.  Tom is a well-known and respected contributor on Fox News. 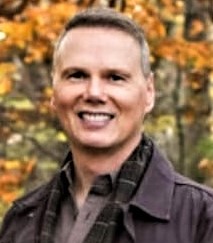 Dale Wilcox joined IRLI (the Immigration and Reform Law Institute) in 2014 as its chief executive officer and is responsible for the overall management of the organization. He is a distinguished litigator who has dedicated his career to protecting civil rights and promoting accountability, transparency, and integrity in government and fidelity to the rule of law. Prior to joining IRLI, he served as State and Local Director for the Federation for American Immigration Reform (FAIR) where he developed and executed a successful legislative program to advance FAIR’s mission to stem unlawful immigration and promote legal immigration levels consistent with the national interest.

Prior to FAIR, Mr. Wilcox worked with Judicial Watch, Inc. (JW) for more than ten years where he served as counsel and Executive Director of Judicial Watch’s Mid-Atlantic Regional Headquarters in Norfolk, Virginia. In this regard, he was involved in several seminal JW investigations that uncovered government corruption, waste, fraud, and abuse, including the Filegate, Chinagate, Commercegate, and Pardongate scandals, litigated numerous FOIA lawsuits that forced release of important government records, including the CCTV camera footage of American Airlines Flight 77 hitting the Pentagon on 9/11 and documents establishing government abuse and incompetence relating to the handling of the anthrax letters sent to members of Congress.

For the past nine months, the Biden Regime has systematically uprooted, turned off, and eliminated the plethora of effective policies, regulations, agreements, and executive actions by the Trump Administration regarding illegal immigration, the southern border and internal enforcement.  We have gone from near completion of the Border Wall, ever declining numbers of illegal entries through the “Remain in Mexico” policy and elimination of the foolhardy “Catch and Release” program, increasing internal arrests and removals of illegal alien criminals and gang members via 287g and other programs, to a Biden sponsored national disaster.  A virtual tsunami of illegal crossings by citizens of nearly every nation combined with dramatically less domestic enforcement and removals, with no end in sight!  If trends continue unabated, we will receive more than two million uninvited 'guests' to our country in 2021.  From the Biden Regime perspective, that means of course potentially 2 million new Democrat voters.

With the aiding and abetting of the movement and sustainment of these illegal border jumpers by federal agencies and hired non-government organizations, illegal aliens are being bused, flown, feed and housed in all 50 states including Maryland without our knowledge or consent.  Given no more than a good luck pat on the back (vaya con dios) and a meaningless piece of paper that says to show up in federal Immigration Court 2-3 years from now, these unknown, uneducated, non-English speaking persons, not tested for COVID or other diseases, are in the wind nationwide. Headed of course for our Maryland (often sanctuary) communities, public school systems, social welfare programs, low wage jobs and voting facilities.  Makes life easier for cartel members, human and drug traffickers, terrorists, and gang members who are exploiting the reckless incompetence of the Biden White House.

Our speakers tonight, Sheriff Chuck Jenkins, Tom Homan and Dale Wilcox are all too familiar and experienced with this ongoing national crisis and with provide our audience with insights, possible solutions and potential actions we can take as concerned citizens.  The future of America hangs in the balance until we solve this all-encompassing problem.

To support our speakers series and the Republican Party click HERE.