The True Meaning of the Midterm Elections

The midterm elections are over, and the campaign signs and slogans are gone. However, the memories and lessons learned will stay with me for the rest of my life in the fond utopias of my mind.

Dr. Politics – It’s Not Over Even After It’s Over

Okay, Election Day has come and gone. For many of you who ran, the results weren’t what you had hoped for. However, to quote Sean Hannity, “…Don’t let your heart be troubled…” over your loss.  You are in very good company.  Presidents Abraham Lincoln, Ronald Reagan, Richard Nixon, Governor Spiro Agnew, Governor Hogan and countless numbers of other Republicans lost their first, second, third or even fourth campaigns for office.

In the days right after the November election, prosecutors made the shocking revelation that a senior Montgomery County official had embezzled over $6.7 million during a six-year period.  The thefts were made by Byung Il “Peter” Bang, the second-in-command at Montgomery County’s Economic Development Department. He had been diverting economic development funds to a sham company that he had created.[i]

Observations at the Polls during Midterm Election Day

Early November was cold and wet and on Election Day the rain came down in buckets during the morning rush. In regular years, the turnout in a mid-term election is fairly light, but not this year. The numbers for all parties were up, and the voters turned out in droves.

When A Single Vote Matters

On November 4, 2014, based on averages of polling results from multiple sources, Anthony Brown was leading Larry Hogan by just under 10%, with the polling trends moving against Hogan.  Consequently, political punditry website FiveThirtyEight gave Brown a 94% chance of being elected Maryland Governor.[i]

I am Dwight Patel, candidate for State Senate in District 20, which covers the Silver Spring, Takoma Park and White Oak areas of Montgomery County.  I am sure that like myself, you are tired of the lack of action by our current state Senator Will Smith, who has done nothing but oppose Governor Hogan’s agenda.

For Al Phillips, this election year has provided an opportunity to inject some conservative viewpoints into his campaign for the Maryland State Senate. As a strong believer in liberty, prosperity and adherence to the U.S. Constitution, Phillips decided to run for office in order to promote traditional values, stress the importance of maintaining border security, reject the concept of sanctuary cities and acknowledge the importance of law enforcement.  A Maryland native, he and his wife Debra live in Gaithersburg, Maryland.

Okay, you have been at it since last spring, or even longer for some of you. Tomorrow is your final exam, you worked hard, and most of you guys did all the right things.  I was very impressed with the quality of our candidates, yard sign designs, palm cards and over-all campaign collateral.

Not the Typical Woman 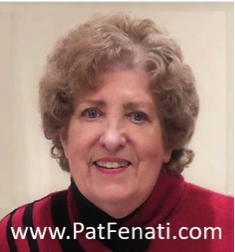 It was not typical for a woman to major in math in the 1960’s, nor was it typical for a woman to serve a president of the student body at a co-ed college, But, there I was, the first female Student Government President at Jacksonville University graduating with a BS in Mathematics … And there I was again in New York City, working in the burgeoning computer industry, usually one of only a handful of women in a room. But I loved what I was doing which, throughout my career, included programming, consulting, sales, teaching, and network simulation for large businesses, military, and government agencies

Of the 47 current Maryland state senators, today only 14 of them are Republicans. Emboldened by these numbers, Democrats in the Maryland General Assembly can routinely pass legislation that they expect Governor Hogan will veto, confident that these vetoes can be overturned. During the governor’s first legislative session in 2015, some 197 bills were vetoed.