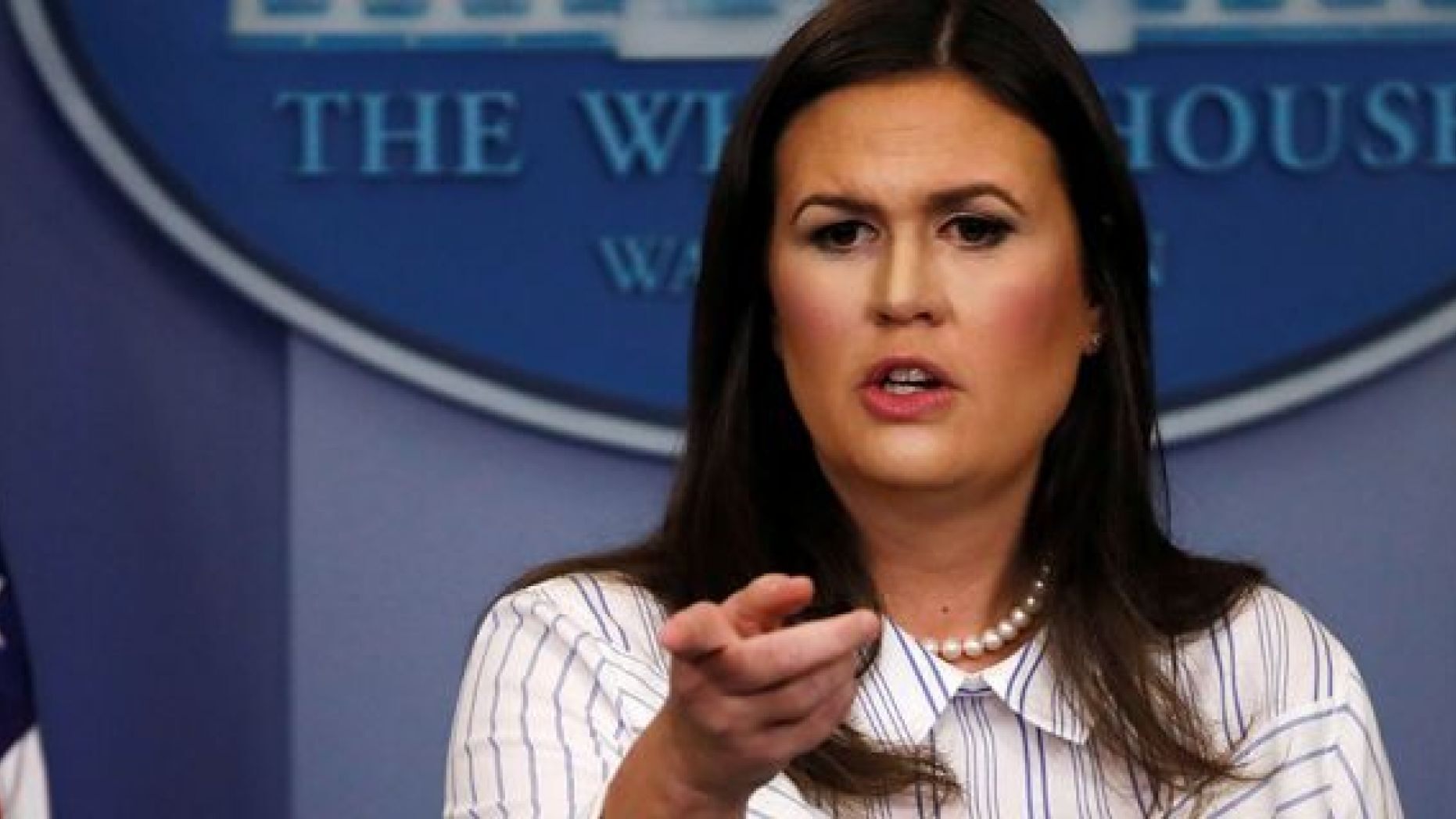 She followed a particularly difficult relationship between Sean Spicer and the press, and the usual media barbs by the left-wing crowd of Saturday Night Live and the Nightly News. But Sanders was held to even more ridicule.  There are Democrats who try to be respectful and fair, but the Left controls the leadership and the media and they seem to do everything possible to bring down those they wish to destroy.

Although their supposed mantra is one of respect and empathy, with Sanders they constantly worked to corrode her reliability and message. And they went further. They used body shaming, criticized her personally and her family position, her clothing, her accent.  All things they decry. It’s as if destroying females is okay if they’re not Far Left Democrats. It’s absurd.  Their followers even went so far as to kick her and her family out of public places, harass them at restaurants and treat her so badly that she was one of the few lower-level White House staffers who needed Secret Service protection.

If you’re like me you’re proud of Ms. Sanders and the way she controlled herself, devoted so much time and energy to serving the president, and even the way she left with dignity and control in order to devote more time to her family – especially with three children under 8 years old – reconnect with her parents, and plan the next phase of her life.

We have no dearth of strong women in the Republican Party. In Maryland alone, we remember Louise Gore, Connie Morella, Ellen Sauerbrey, even Carol Trawick and Jayne Plank, and that just for starters! You know your own favorites.

I’m grateful for the good example, sound judgment and impressive public service of Sarah Huckabee Sanders, and wish her all the best.