Republicans turn out at Walter Reed 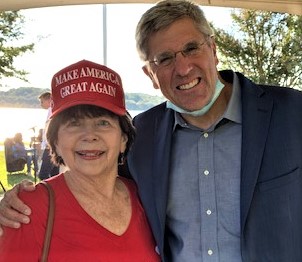 Ruth Melson was recently presented with an autographed MAGA hat by Steve Moore, Economist and writer at an event in Southern Maryland.  Melson was recently chosen as an Electoral College member - to cast a vote for Donald Trump in Annapolis in January, when he wins the Maryland general election. 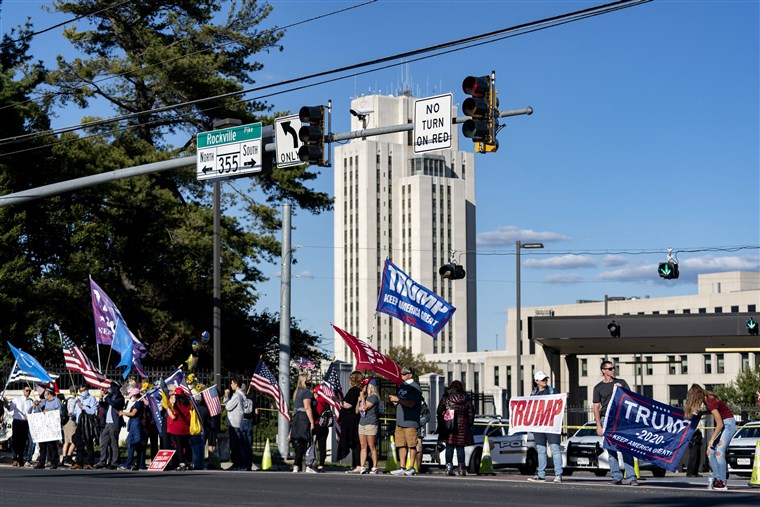 So many folks came out to wish the President a speedy recovery over the weekend it was remarkable.  Local Republicans, Independents, Democrats and even DC visitors came out to wish him and the First Lady well.

Josephine Wang and Rolando Ore both did a Trump flag drive by of the crowd and the hospital. So many others participated in prayer groups, by calling and campaigning or sending a card. The Republican Club organized a card signing.

Monday many of the same supporters, joined by about a thousand others, were there to see Marine One take off and return him to the White House.  It was such a positive thing for MCGOP to do for our party and our President. Donald Trump - We Wish You Well!