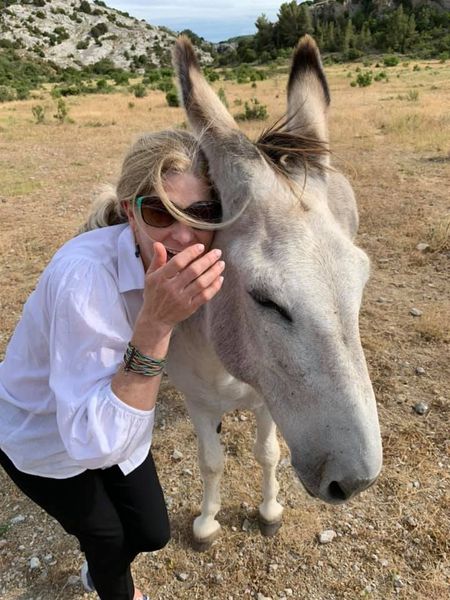 We would like to extend a heartfelt THANK YOU to everyone who attended our Summer Soiree and to Gene and Martha Schaerr for welcoming us into their home. We had over 120 guests enthusiastic about the future of our party in Montgomery County!

Our great speakers, Vince Coglianese of WMAL and Delegate Reid Novotny, provided insightful analysis. You can listen to Vince every weekday afternoon on WMAL. Delegate Novotny is the closest elected Republican Delegate to Montgomery County; those who would like to support his re-election efforts directly can do so here.

And last but not least, thank you to our events committee for all their hard work preparing this event. Please make sure to stay in the loop about future MCGOP events at mcgop.com/events. 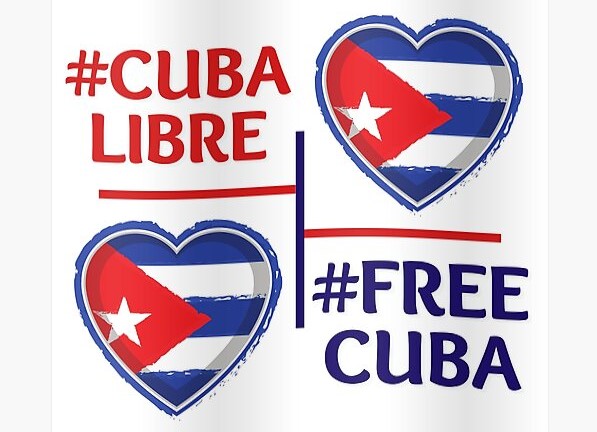 Covid – What Do We Know?
By Paul Agle

As Covid-19 continues to threaten us with unforeseen effects and after-effects, it is difficult, even for those with time-tested memory banks, to reach conclusions about the virus that will stand the test of time. Here are just a few of the facts:

The vaccines for Covid are the most deadly vaccines that the U.S. has ever released to the general public, and the risk of permanent disability is 3 times the death rate.  The Covid vaccines are several times as deadly as all previous vaccines combined.  The heart and nervous (mostly Guillain-Barré Syndrome) system  problems that can be caused by the vaccines are pretty serious.  Furthermore, there is no benefit to vaccinating healthy people who have had the virus (50% or more of the population).

Should you get the vaccine... Qualified yes.  If you are over 65 or have co-morbidities, and haven't gotten Covid, swing away.  If you have gotten Covid, no.  If you are young and healthy, it is a personal decision.  There is risk from the vaccine (particularly of permanent disability) and there is risk from Covid. The risk from Covid seems greater, but you might be naturally immune.  If in doubt, flip a coin.  Giving the vaccine to kids (particularly under 10) serves no useful purpose.

Quarantining healthy people kills more people than it saves. Taking China and the WHO's (and the CDC's) advice on a universal quarantine was unbelievably stupid.  There isn't any evidence that it saved people and lockdowns killed a large number of the under 60 crowd by driving them crazy and forcing them to live in fear and isolation (excess deaths were up to 50% of the Covid death rate for that group).

Keeping people indoors caused more Covid deaths by lowering Vitamin D levels. Closing outdoor spaces was based on deluded thinking (no one has demonstrated that Covid can be spread effectively outdoors). If the CDC had concentrated on rapid rollout of mitigation/prevention measures (Vitamin D, Zinc, Ivermectin, etc.) we could have easily cut the death rate in half.  The vaccine or bust strategy was unwise. Furthermore, Sweden, which never locked down, currently has about one quarter of the daily case rate of the U.S. (per population) and isn’t reporting any deaths.  That is where the US could have been without a lockdown.  The CDC made so many decisions based on “don't help Trump” that it should be investigated to determine how many people they killed.

Any mask law that allows cloth masks is pure virtue signaling.  Children should not be forced to wear masks, period. With the advent of vaccines, there is no reason for a mask law. There are four groups of people: Those who have had Covid, fearful people who have been vaccinated, people who are naturally immune, and people who don't care.  There is no one to protect anymore.

We need to remove the power of the government to order the quarantine of healthy people.

Do You Know What's Your Share of the Debt? 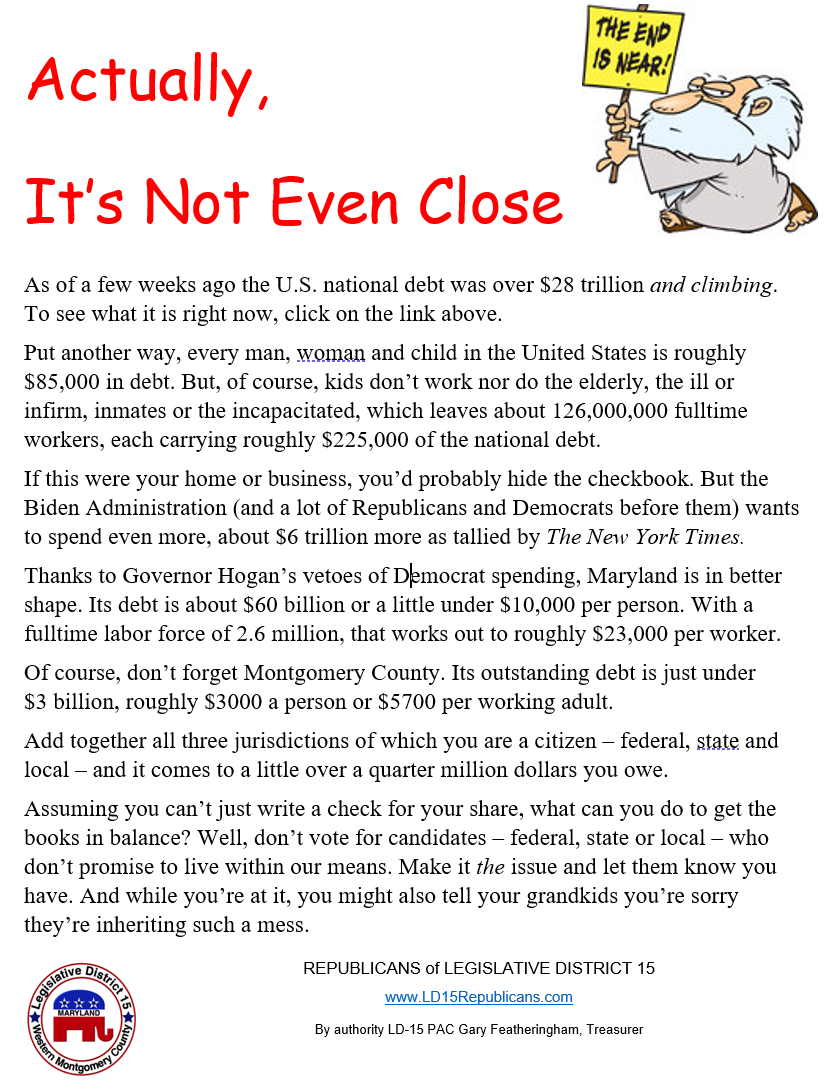 Is Zoning a Promise?

Is Zoning a Promise?

Over a century ago, growth of communities was helter-skelter.  There was no assurance when building a home in a quiet place that the following year a factory would not be built beside your home, thus making the property almost worthless. But America came up with a solution to this problem starting in Los Angeles in 1908. The solution is called zoning. Zoning establishes guidelines which guide urban growth and development.

Webster’s dictionary defines zoning as: municipal or county regulation of land use effected through the creation and enforcement of zones under local law https://www.merriam-webster.com/dictionary/zoning?src=search-dict-hed

The according to Wikipedia, the definition of zoning is:

Zoning is a method of planning where land is divided into areas called zones, each of which regulates any new development in that zone. Zones are designated for specific use (e.g. commercial, industrial, residential, single family, multi-family, etc.) https://en.wikipedia.org/wiki/Zoning

Both definitions express that a promise is made by a municipality (or laws governing the area) of how land will be used. Thus, a buyer who purchases a piece of property is guaranteed that new neighboring properties will follow the same zoning regulations.

Because the use of land can change over time, there is a way of changing zoning regulations for a parcel of land. It is called re-zoning. This process involves petitioning for a re-zoning hearing, advertise the hearing by signs and other notifications in a public way to notify those in the area that a property is under consideration for re-zoning. There then are public hearings in which the owners of neighboring properties can have their voices heard. If there is good reason and there is no large rejection, the re-zoning can be allowed.

Montgomery County Maryland is considering turning zoning on its head.

In one of the most beautiful counties in the nation, zoning is no longer going to be considered. (Zoning, Shmoning!) This change will move us back to the 1800’s in assurances for the property where we live. In a move that can completely devalue all property in any community, the county government is considering a plan called Thrive Montgomery 2050. Under this plan any single home in the county can be replaced with duplexes, triplexes and quadplexes. This can be done without notification, without hearings without any input from neighboring properties whatsoever. The plan is to eliminate single family housing in the county. This will turn communities upside down.

This plan also tells us that a bunch of hypocrites make up our County Council!

We are constantly lectured about global warming. The County Council requires recycling, they charge for plastic bags. When removing trees on our own property if more than 5,000 square feet of canopy or soil is disturbed, we have to have a permit to remove the tree. We are saving the planet!

Many of the neighborhoods in Montgomery County have large green spaces. We are told that more green space is needed to save the planet … the same planet where our county council is planning to turn green spaces into buildings and parking lots. This plan will destroy those green spaces, including large CO2 eating trees. Black macadam which generates heat and cooks the air above it will be substituted for grass where parking is needed for these new dwelling units.

I assume that now the planet can be saved elsewhere just not in our county.

According to the Montgomery County Planning Board, we're running out of space to provide housing for the 200,000 people that the Planning Board has projected will be moving here over the next 30 years. This plan to eradicate single family homes should not be called Thrive Montgomery 2050. It should be called Projects Montgomery 2050. As the character of more and more neighborhoods dramatically change, we will probably attract more than 200,000 people who need cheap housing. We will have to build larger soviet style apartment buildings. Wait! … We already did that in this country.  We called the buildings Projects. How did that work for this country, Montgomery Council?

Montgomery Council, you are breaking a promise to the people of this county.

Breaking this promise will destroy neighborhoods, destroy the value of homes, and destroy peoples dreams, dreams which often take the better part of a lifetime to achieve.

What are your plans for the infrastructure in this county to accommodate 200.000 more commuters? Our roads are already overwhelmed by stop and go traffic and you are fighting improvement of our roads. By the way you clueless environmentalists … you know that if a car is standing for an extra half hour in a traffic jam it is spewing CO2 into the atmosphere all that time.

The voters of this county need to act! A group has been formed called Empowering People in Communities of MoCo (EPIC of MoCo).  Please Like and follow EPIC of MoCo on FB and Twitter.  Let’s fight this plan. Together we can make a difference.

Patricia Fenati is a Member of the Montgomery County Republican Central Committee and Chair of its District 14 Committee.

Homeowners Are Advised to Have Their Older Decks Inspected

With the recent deck collapses in various parts of the Washington region, Montgomery County’s Department of Permitting Services (DPS) is advising owners of properties with decks older than 20 years to have a licensed third-party inspection of those decks. DPS advises that having older decks inspected every five years is a good safety measure that could help avoid disaster.

The Worst Traffic in the Country

The old adage goes that there are two constants in life; death and taxes. But if you live in the DC metropolitan area, there is a third: traffic.

Their have been countless studies, hundreds of news reports and millions of anecdotal stories to  tell us why we are ranked dead last for traffic in the country. Think about that, we are worse than Los Angeles, worse than New York, worse than Chicago. All with populations multiple times that of our region.

Their apathy towards a solution is two-fold; they have contempt for the average citizen and they are supported by an extremely vocal minority.

However, their apathy towards a solution has now reached critical mass. It is now time for us as frustrated citizens to voice our concern and let the Montgomery County leadership in Rockville and Annapolis know that we have had enough.

The Montgomery County leadership a very vocal group of naysayers. But they are in the vast minority. How many of them are their? Five thousand? Ten Thousand? Fifteen thousand? Are we really going to allow fifteen thousand noisemakers hold hostage the other six-million residents of the greater DC area?  These noisemakers are not opposed to any particular solution, they are opposed to ALL solutions. They are more interested in making noise than finding any solutions, and the Montgomery County leaders in Rockville and Annapolis are all too happy to listen to them.

I have written many opinion pieces, I have testified before council and committee hearings, I have written emails and spoken face-to-face. But I am just one person, and my message has fallen on deaf and indifferent ears. To be heard, we need the collective voice of all concerned traffic dwellers. The leaders of Montgomery County in Rockville and Annapolis need to hear from more than just me, they need to hear from all of us. We need to be louder than the noisemakers.

The noisemakers have a loud voice and they are effective. But we can be even louder and even more effective. We must write, we must testify, we must engage and we must remind our neighbors and friends to do the same.

Imagine yourself on I-270 in 2035. Will you be traveling at 65 mph with the flow of traffic getting to your destination on time? Or will you sit in bumper to bumper traffic asking yourself “why didn’t I speak up when I could have?”

The author, Mr. Jason Neuringer is a resident of Montgomery County. 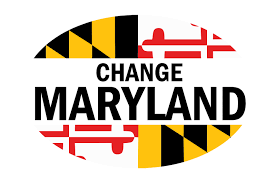 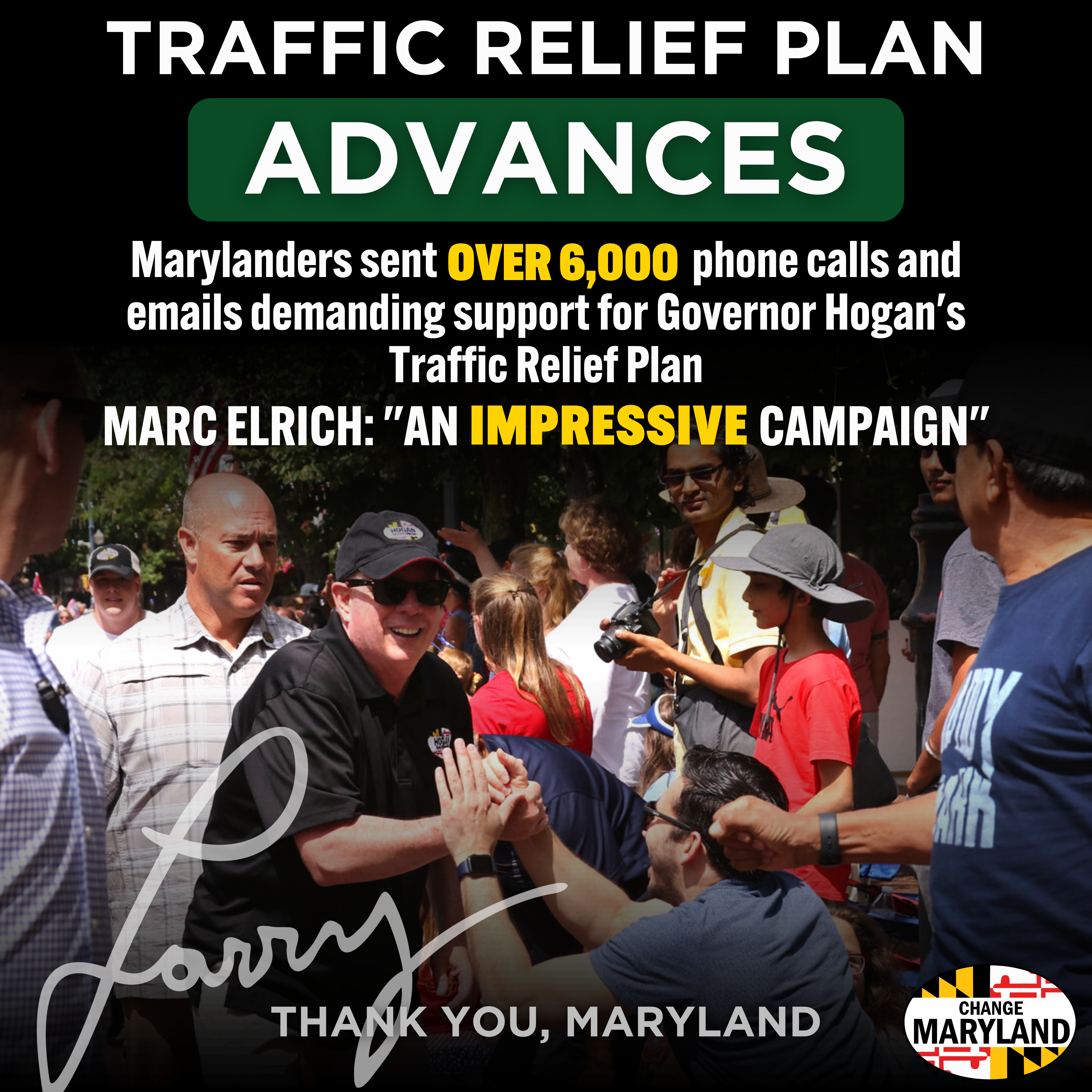